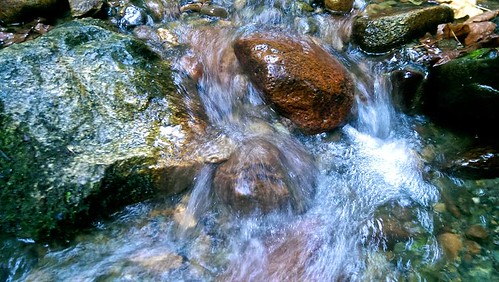 A very small thing has prompted me to write again. It was a speaking task, an incredibly simple speaking task that  I hadn’t expected to take off as it did.

It was the first class with a small group.  We were getting to know each other,  reactivating rusty speaking and listening skills for some, picking up where they’d recently left off for others. We’d been talking as a whole class about what each student was hoping to get from the course, the last course they’d taken, the B2 certificates they’d all got over the last year, year and a half.  The conversation was drying up, it was the end of a long day, it was hot, everyone was tired and gazes were straying even in such a small group.  It was time to break things up, and rather than be at the centre and orchestrating the conversation, I wanted the students to turn away from me and take a little bit more control.  I also wanted to be able to sit back and really listen.   So I asked them to talk to a partner and find out five things they had in common (as I said a very simple task), but with the proviso that it couldn’t be anything to do with teaching (they’re all teachers) or language learning (as we’d pretty much been through all that).

They very happily turned to each other, moved their chairs, repositioned themselves around the desks to maximise eye contact and immediately started chatting.  They were soon deep in conversation, leaning in towards each other, listening attentively, genuinely interested in asking questions, in expanding on topics, in chiming in on each other’s stories.  And they were also actively involved in scaffolding each other’s English, finishing each other’s sentences, exploring alternative expressions, congratulating each other on getting their ideas across. It was so good to be part of that, to listen in and follow them as they struggled and then succeeded, being able to confirm their triumphs as they were celebrated.

They were small triumphs, but greeted with smiles just the same. Here’s a simple example.  Two of the students were talking about doing sport, they both did different sports, but both tried to do them as often as they could. One student wanted to say that she couldn’t always find the time, but that she did her favourite sport  “all days when I can ….  every days that I can …  no,  every day I can …. Yes, every day I can. ”  Her partner smiled and said, “yes, yes, that’s it, every day I can, me too!”  In that moment they were building the language together, they were invested in getting it right, in expressing the idea in the best way possible.  But they weren’t only interested in the language, they were also interested in each other,  in helping each other, and in the experience they were sharing.  I nodded my agreement, and without barely a pause, they were back in the flow.

Recently I’d been revisiting the idea of flow, of getting so completely lost in a task, absorbed and focused, that you give it all your attention, all your concentration and lose all track of time.  The psychologist Mihalyi Csikszentmihályi suggested in 1990 that flow was the key happiness , but it has also been suggested that it could be part of the answer to successful language learning.  This idea intrigues me and struck a chord in the middle of that task.

Going back to our class, the task continued for another four or five minutes, both pairs absorbed in their conversations,  then slowly the energy and the pace dwindled and it was time to come back together to compare results and reflect.  After reporting back on the five things they had in common, I asked them to reflect on any moments they could remember where they’d struggled to say what they wanted to say, but eventually got there.  The pair remembered the phrase “every day I can” and we discussed also using the expression “whenever I can” that they repeated and made a note of.  With some examples, they needed a little prompting,  I repeated their hand gestures or facial expressions as they had searched for words, or offered the L1 version of what they’d been trying to say.  An interesting thing was that  when they did remember, what they remembered was the final expression or wording they’d decided on and not the steps to get there.

In future classes I’d like to experiment with asking them to make a note of their successes as they happen to see if we can retrace the steps and capture those learning moment, though I really hope it won’t break the flow!

This entry was posted in musings, thoughts on learning and tagged conversation, flow, learning, speaking. Bookmark the permalink.

2 Responses to In the flow