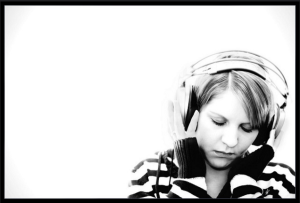 The class I’m teaching at the moment is a mixed teenage and adult class, and all the students are hoping at some time over the next year to take the Cambridge FCE exam. At the moment one of the things we’re focusing on is demystifying the Listening paper. It’s the one the students feel least confident about, partly from a sense of lack of control.  With all the other papers, even the Speaking to some extent, they can control the pace, they can pause, take time to think, repair if necessary.  In the Listening paper they feel that they’re at the mercy of the audio.

In the last two classes we’ve been looking at part 1 where the students listen to short, unrelated extracts and answer one multiple-choice question for each.  Last week we listened to people talking about situations associated with extreme emotions. In preparation for the listening task we’d looked at adjectives that would appear in the extracts (I’ve written in a little bit more detail about that class here)  and as homework I asked them to think about a short anecdote they could share in the next class to illustrate one of the emotions.

This class are not great at doing their homework, and this time was no exception, but while we brainstormed the adjectives from the last lesson, they mustered some ideas and I divided the class into two groups to tell each other their stories and identify the adjectives being illustrated.  This didn’t quite go to plan. They found it really hard to tell the story without using the adjectives, but as my underlying aim (to activate and access some personal anecdotes) had been achieved, we quickly moved on to the next stage.

Basically what I wanted the students to do was to write a listening question for their classmates.  This entailed writing out one of their stories as an audioscript, roughly the same length as the scripts they’d studied the lesson before, and writing a multiple choice question to accompany it.   In the previous class we’d used the scripts from the teacher’s book not only to confirm the correct answers to the question (which are conveniently underlined) but also to identify the distractors that are carefully planted in each extract.  For example, for one story the students had to choose how the person was feeling; anxious, angry or relieved.  In the audio the words worried and furious were both used (and we had already seen these as synonyms for anxious and angry)  but the correct answer was relieved.   We looked at how distractors were embedded in each of the extracts and how they related to the questions.

Originally I had planned to stage the task with the students first working together to write out one of the anecdotes, and then explaining how they were going to use it as the basis for a listening task.  But when it came to it that extra step, which I had thought of as offering extra scaffolding, just didn’t seem necessary and, in fact, felt counter-productive.   So I laid out my hidden agenda, referred the students back to the audioscripts and questions from the previous lesson and left them to it.

It was interesting how the two groups reacted differently. One group set about immediately writing up their anecdote within the word/time limit given, working hard together on being succinct, but still building up the tension that the story needed. There was a lot of negotiation going on and huge attention being paid to form as well as meaning, a lot of prompting and self and peer-correction.   The other group were thinking about the questions from the outset, thinking about how they could trick/challenge their classmates, and structuring their anecdote to accommodate the distractors.  They weren’t as focused on accuracy or expressing the emotion of the situation, but rather on making the question as difficult to answer as possible.   In fact they chose to write three questions, not just one, and needed a little encouragement to go back and redraft their script.

Exam audioscripts, as we know, are highly scripted and carefully crafted to challenge the candidates, and I wanted my students to work in the same way.  So when it came to the next step, recording the anecdote in an audio file, I was quite happy for them to read from their scripts.  The freer speaking practice had come at the beginning of the lesson, their task now was to read their scripts at a natural pace, with natural intonation, but still to make sure they were clear and audible.  This linked back nicely to the focus on “voice” and intelligibility from the previous class.

To make the recordings, I asked them to use the video function on their smartphones.  I’ve found that, on the whole, students are happier using their cameras than their voice recorders. Often students don’t even know they have voice recorders, they’ve never used them, they don’t know where or how to access the files and often the sound quality is poor.  With the video recorders it all seems much easier somehow.  For this task I asked one student to point the camera at the question/s, while another read out the script.

We use the video recording function a lot in our classes and the students are used to the pitfalls, one being that having more than one group recording at the same time can really affect the quality of the sound.  Luckily we have a long, quiet corridor outside the classroom with some chairs and a table, so one group volunteered to leave the room to make their recording while the other stayed in the class.  When we don’t have this luxury,  the groups have to huddle in different corners of the class and use their bodies to shield the mics.

The second group came back into the room just as the first was checking their sound quality, which was a lovely added bonus of synchronicity, and they swapped phones with no prompting and sat down in separate corners to complete their listening task.  Both groups needed to listen to each other’s recordings twice, and both puzzled a little over the questions before answering them correctly.  There was a lovely moment when they all looked up from their tasks with smiles on their faces.

I don’t know if it’ll have helped them process this task any better,  but I do know that  they worked really intensively on processing language forms and making their messages as clear as possible, in writing their anecdotes, in structuring their questions, in making the recordings.  And that, I think, along with the satisfaction they felt at a job well done, does have a knock-on effect on learning and on confidence.